Elly is gifted with the ability to sense energy in people and the environment; she is intuitive and a Feng Shui Master. She offers Feng Shui services to home and business. She also offers spiritual consultation to help people align their mind, heart and spirit. 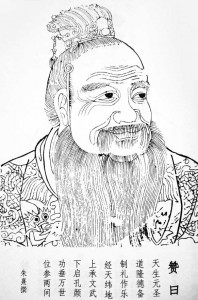 Her family line traces back thousands of years to Zhou Dynasty around 1100 BC in China, to the author of the “book of change”– I Ching, Duke of Zhou (周公).  I Ching is one the oldest Chinese classics, and divination text which used as an oracle to consult for decision making when people exhausted their options based on logical mind. The Chinese Medicine, Feng Shui, Taoism and Confucianism are all derived from this book of change. It is the backbone of the Chinese Culture, philosophy and religion. 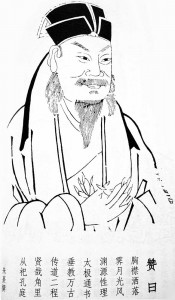 Elly is also a direct descendant of another Chinese Neo-Confucian philosopher, Zhou DunYi, (AD 1017-1073). He conceptualized the Neo-Confucian cosmology explaining the relationship between human conduct and universal forces. Zhou Dunyi was mainly concerned with Taiji (太极) supreme polarity and Wuji (无极) limitless potential, the yin (feminine, negative) and yang (masculine, positive), and the Wu Xing (五 行) known as Five Elements, Five Agents, Five Movements, and Five Phases. He is also venerated and credited in Taoism as the first philosopher to popularize the concept of the taijitu – The Diagram of the Supreme Polarity, which shows our universe born out of a void of limitless potential, through the duality of yin and yang, with the five elements of earth (soil), metal, water, wood and fire to create all things on Earth.

It appears Elly lives in two worlds: a world of hardcore science vs invisible mystery spiritual world. Elly has been trained and studied mechanical engineering in China before she ventured out abroad alone to study English and business management in 1990.  She studied and lived in Australia, Fiji Island, Marshall Island and Singapore for over five years before she came to the U.S. During those years, she had out of body experience while she was meditating; she had profound learning experiences with different cultures and religions.

Elly came to the U.S. in 1995 to study economics, which gives her a big-picture view of the material world. She read the Wall Street Journal, dealt with multi-million dollar business transactions and lived the American Dream. However, apparently the universe had a different plan for her. After a car accident and divorce in 2004, her life shifted in a different direction. The car accident left her with a minor brain concussion act like a ring around her head which can be painful whenever she uses her intellectual mind, she had to learn not to “think” to empty her thoughts and heal her headache.  The divorce was very hard for her to deal with emotionally and shortly after, she developed health complications in the form of early stage cancer which later she managed to heal it on her own. One thing led to another; she was questioning and seeking answers. In 2005, her neighbor gave her a disc, “The Secret,” which talks about the Law of Attraction, and triggered her inward spiritual path. Ever since then, she has been on her spiritual journey to fulfill her destiny and purpose, now she is integrating her science world with the spiritual world. 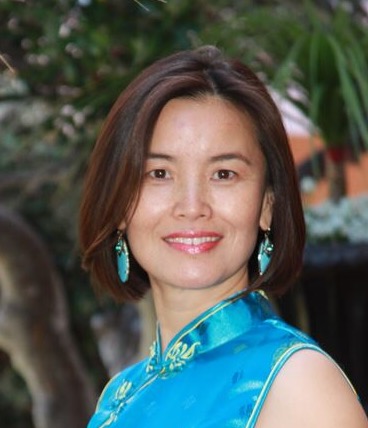 She anchored Temple Beautiful on December 21, 2010, on the day of winter solstice. It was an amazing opening celebration with the blessing of the people, the spirit, and ancestors. Later, Temple Beautiful was incorporated as a non-profit organization. Elly is here to share her gift with us, to help us to see that we are all connected, and love is the bonding and healing energy of all. Forgive and let go and be grateful for what you have, embrace all your qualities without self-judgment. Listen to your own inner guidance and trust in yourself, for you are the creator of your own reality. You are the beautiful temple.