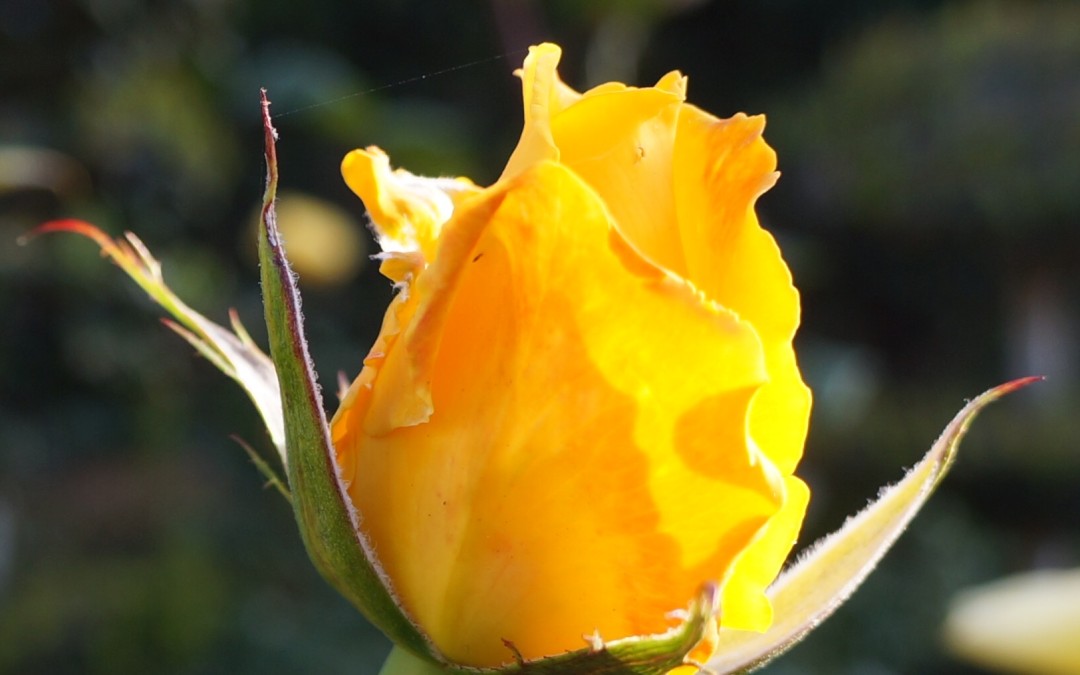 In the month of February, many incidences occurred around me about the issue of “not good enough”.  People were emotionally hurt, depressed, sick, and some even carry vital illness like cancer around this deep seeded wound of negative identity.

The symptom of “not good enough” could be in term of achievement in life, the career path, the partner a person chooses, the level of education, or how much money a person makes and how big a house a person buys, etc.   This “not good enough” relates to the fundamental issue of self-worth and self-value.

This negative identity existed in both male and female genders in different age groups, across different ethnic backgrounds and the continents:  from the Far East, Middle East, and Europe to American content. 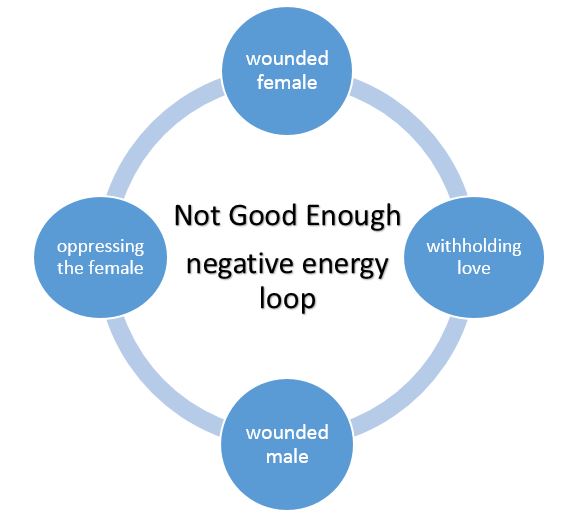 If we look at the surface of this negative identity, it derives from parents to their children.  Many of the parents did not approve their sons and daughter’s choice in life. If we look deep then we see it is passed down through generations, it is rooted even deep in the creation of the human race.  This deep wound is rooted in discrimination of yin/ female/ feminine energy result of wounded yang/male/masculine which was disconnected to the source of creation.  The source of creation is feminine in nature and it is love.

It is the female who carries the children of the next generation, which result in the feeling of inadequacy and “not good enough” in the male specie.  In a male dominated world, this negative feeling then passed it to the female specie by setting up rules and regulations, or religious doctrine to make the female specie into an inferior state. It causes the wounded female specie to react with anger and resentment, also withholding the love in return. It made the male specie feel less love and connected to the source, such negative looping energy keeps spinning in cycles.

In turn, many children were born without proper care and love from their mother or father, or some with much distorted values and behaviors. So over the past thousands of years, we created imbalance between male and female gender: distrust, anger, hatred, mental/emotional/physical abuse, and even killing. Such negative energy has been imprinted in our DNA and passed down from generations. 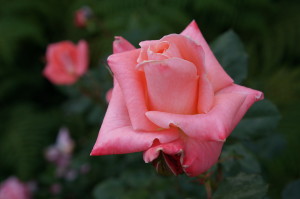 Now, it is time to heal the negative energies and restore balance between male and female genders. Also harmonized masculine and feminine energy within each of us.

Here is a simple healing method which we can apply on our own, or with the assistance of someone who is holding the loving space for you without judgment, such as a spiritual healer or a professional psychologist.

On a personal level, I had a cold and fever this February.  Fever is a physical symptom of a sickness, but is a sign of a weak energy body.  I have not had a fever in 10 years and it must be something deep within that need be brought up to look at it and be healed.  10 years ago, I did one of the deep cellular memory healing about the chronicle fever I had for many years.  I used to be sick with three days of fever every few months and especially during the holidays. During my healing session I went deep into my conscious and sub-conscious  memories, it occurred to me that I was feeling sorry and lonely for myself at one time that I was sick in Marshall Island in the year 1992.   After that healing session in the year 2005, such negative imprint was removed and I have not had a fever since then.  Now fever again, for me it is time to do some deep healing and I need help.  I called my friend Rev. Barbara Korte and tried her method of healing.  It was heavy and I cried and laughed and it was very emotional, but the end result is amazing.  I find so much peace after.  I will post some of it on the website if anyone who is interested to listen to my own wounded childhood healing sessions.

Please share this blog with anyone you think will benefit. If you find Barbara’s healing method resonate with you, please give her a call. Barbara’s phone # 949/636-2905. She does healing sessions over the phone.  If you want me do a healing session with you, please simply call me at 868-692-8282 and set up an appointment. Currently I only have limited time available during evenings and weekends.